Caring for Our Community for
Three Generations

Next
Push button for menu 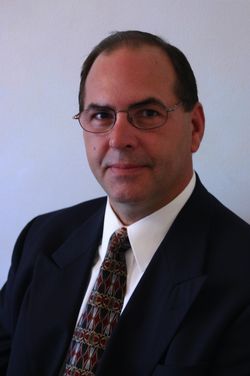 Charles Edward Myrhum, age 64, of West Bend, was granted eternal rest on Saturday, April 2, 2016 following a one month struggle with an aggressive cancer.

He was born on Friday, October 19, 1951 to the late Ole and Ruth (nee Weber) Myrhum at St. Joseph’s Hospital in West Bend.  As a young boy, Chuck helped his father at their furniture store and funeral home and eventually, at the age of 15, began helping his father with their ambulance service.  He graduated from West Bend High School in the class of 1970 and continued his education as an accounting major graduating from the University of Wisconsin Milwaukee with a Bachelor of Business Administration in 1975.

Chuck always felt that his real calling was in funeral service so he continued his college education and become a licensed funeral director in 1977.  During his career his commitment to serving both his profession and his community were evident.  He was an active member and past president of both the Lakeshore Funeral Directors Association and the Wisconsin Funeral Directors Association.  He also had the honor of chairing several sub committees within the Wisconsin Funeral Directors Association.  He served on the board of appeals for the city of West Bend and was also an active member and past president of the West Bend Noon Kiwanis Club.  After taking over operations of the family business, Chuck was influential in remodeling their West Bend location which saw the addition of an on-site crematory to better serve the needs of the community.  He also helped expand the business from their one location in West Bend to four locations serving West Bend, Kewaskum, Mayville, and Lomira.  While he led an accomplished career, Chuck’s greatest joy was having the opportunity to work first with his father and later with his son.

Chuck was a care free man who loved life.  He enjoyed boating on the lake, hiking, going for bike rides, walking downtown at the farmers market, cooking, and going to plays.  He liked traveling and in recent years traveled to many destinations around the world.  He loved golfing and always looked forward to his annual golf weekend with the “Hasbeen Hackers”.  The fourth of July was Chuck’s favorite holiday and he spent it driving the Kiwanis go-karts in the local parade in the morning, spending the afternoon boating on Big Cedar Lake where he would later watch the fireworks display, and finally ending the day with his own amazing firework show.  He loved spending time with his daughter touring historic locations around Wisconsin and always looked forward to their special lunches together.  He lived for his grandchildren and loved spending as much time playing with them as he could.

Chuck will be remembered as a hard working man who led by example and always did the heavy lifting.  He was humble, kind, and generous.  Above all, he was a selfless person who would do anything for anyone at any time.

Chuck was a great mentor and friend who dedicated his life to serving others.  On behalf of all of us here at the Myrhum Patten Miller & Kietzer Funeral Homes we are extremely honored to now have the opportunity to serve him.

Matt is a third generation funeral director here at the funeral home. Early on Matt had a desire to serve people, so in addition to funeral service he also considered a career in both ministry and elementary education. He ultimately chose to pursue a career in funeral service because he felt his passions for ministry and education could best be utilized by serving families in their deepest times of need.

Matt graduated with honors from the Milwaukee Area Technical College Funeral Service program in 2003. While in college Matt received a variety of awards and scholarships which earned him the honor of being named valedictorian of his funeral service class.

Matt is a past-president of the Lakeshore District of the Wisconsin Funeral Director’s Association and is currently a board member of the Wisconsin Funeral Director's Association.  He is also a member of the Mayville Rotary Club.  He enjoys the opportunity to be involved with his community through a variety of charitable organizations and especially enjoys the opportunity to speak with and educate local groups on a variety of topics pertaining to funeral service.

Matt and his wife Nicky along with their four children, Nathan, Maddie, Christian, and Josie are members at St. John's Lutheran Church in West Bend where Matt serves on the St. John's Foundation Board.  Matt's greatest joy in life is spending time with his family and investing in his children's lives.  As a family they enjoy going on road trips, camping, hiking, biking, and boating.  Matt is looking forward to the day when his children can join him on the golf course and the ski hill. 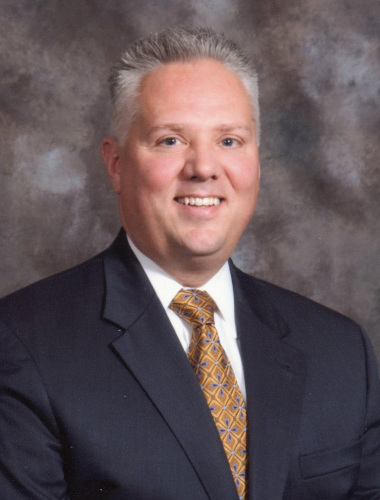 Bob Patten became a licensed funeral director in January 1991 after graduating from the Milwaukee Area Technical College funeral service program and completing his apprenticeship at the Myrhum Funeral Home. In 1998 he earned the designation of Certified Funeral Service Practitioner (CFSP) by the Academy of Professional Funeral Service Practice (APFSP) after completing a 180-hour program of continuing education and events.

Bob and his wife, Kerri jo, have two children, Evan and Elise.

From a young age, Brianna knew she was meant to be a funeral director. She graduated from the University of Minnesota with her Bachelor of Science in Mortuary Science and after searching, she found her calling here with all the other compassionate staff at Myrhum Patten Miller & Kietzer Funeral Homes. She is excited to be involved with such a wonderful community helping those in the area  remember and honor the lives of their loved ones.

In her spare time, she enjoys running, cross-country skiing, hiking, camping, watching sports, and riding her motorcycle. Brianna and her husband, Bill, have two cats, Cat and Cadde. 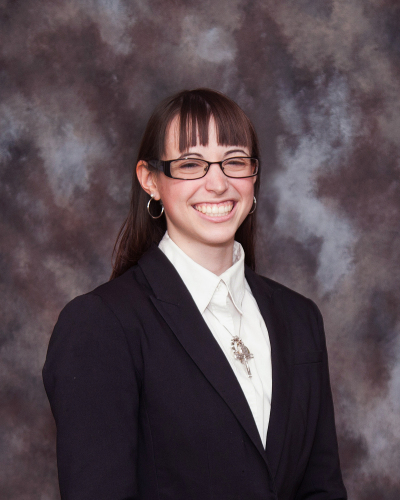 Lizzy is a graduate of the MATC Funeral Service Program, class of 2016, and became a licensed funeral director in February of 2018. She dedicates herself to those who are struggling with loss, taking to heart God’s call to respect those who have passed and give them, whomever they may be, a proper burial. Her colleagues at Myrhum-Patten are encouraging and she enjoys working with them as they grow together in the love and respect of those they serve.

Outside of work, Lizzy enjoys spending time with her family, reading, writing, food and naps! If not at work or home, you can probably find her at Mass or browsing the bookstores and libraries for good reads. 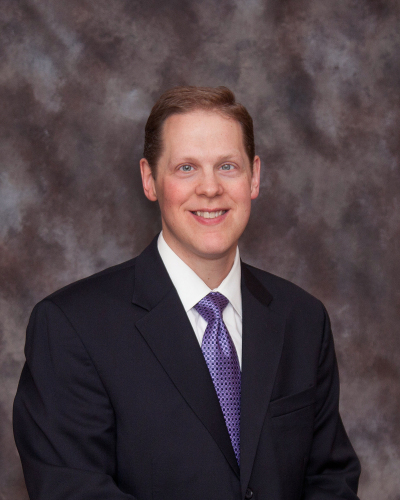 Lee Lamon was born and raised in the first city on the Mississippi River, Bemidji, MN.  He graduated from Bemidji High School in 1999.  Lee earned a Bachelor’s Degree from Bemidji State University in 2003.  Shortly after graduation, he moved with his wife, Amanda, to the Milwaukee area to attend Milwaukee Area Technical College where he graduated with honors in 2006.

Lee worked at funeral homes in Milwaukee and Waukesha for 10 years.  He then took a three and half year sabbatical to deliver mail and parcels for the USPS in Mayville, West Bend, Theresa, Iron Ridge, Ixonia, Thiensville, Campbellsport and Kewaskum.  Lee was called back to the funeral profession in the Spring of 2018 and feels honored and blessed to serve and to be part of the Myrhum Patten Miller & Kietzer family.

Lee and his wife, Amanda, have been married since 2003 and live in Hartford.  Together they have one son, Louis.  They belong to Peace Lutheran Church in Hartford.  When not at work, Lee and his family enjoy playing with their cats, Shamus and Marshall, going to Pike Lake State Park, going to water parks and visiting family whom are spread out throughout the United States. 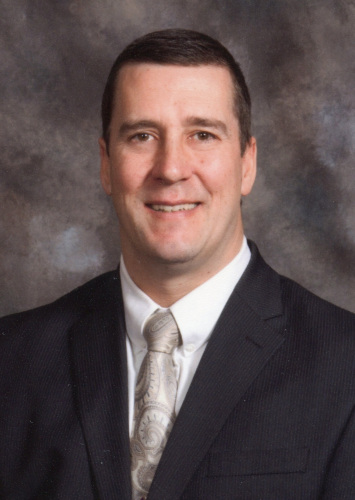 Jason Velicer is originally from the Luxemburg, Wisconsin area and graduated from Luxemburg-Casco High school in 1994. He obtained a Bachelors degree from Carroll University in Waukesha in 1999. Jason joined Myrhum-Patten Funeral & Cremation Service as an apprentice in January 2013. He graduated from Milwaukee Area Technical College and became a licensed Funeral Director in December 2014.

Jason and his wife, Jill, have been married since 2001 and live in West Bend, WI. Together they have six children, five boys and one girl. As a family they enjoy spending time together bike riding, camping, fishing and learning about life. 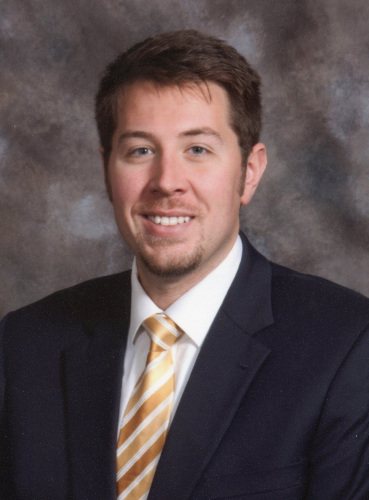 Steve joined the Miller Funeral Home in September of 2011. In addition to being a licensed funeral director, he is also a licensed preneed insurance agent.

Steve, the son of Steve and Sue Volm, was born and raised in Kewaskum on his family’s farm and graduated from Kewaskum High School in 2007. He attended college at UW Washington County and earned his degree at Milwaukee Area Technical College in 2011 as a licensed funeral director.

He is active in the community as treasurer of the Kewaskum Kiwanis Club.

When Steve is not working, he enjoys shooting trap with his dad at Campbellsport Sportsman’s Club and Mayville Gun Club, hunting, fishing, skiing and snowboarding. 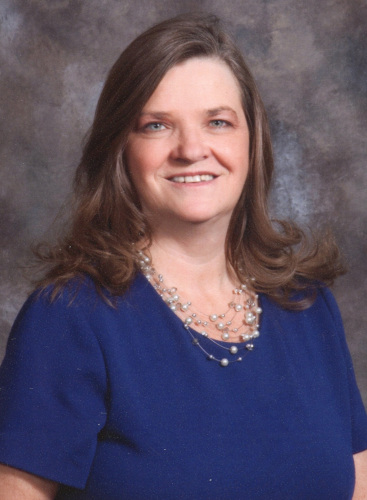 In this role, she supports familes in pre-planning for the future; to reduce the sudden emotional and financial stress of losing a loved one.  Kelly is also a licensed intermediary and agent for prepaid funeral and burial agreements.

Kelly has served many individuals and families by providing comfort, compassionate care and the resources they need to help settle personal affairs and cope with grief. She enjoys educating families through community events and cooperative educational events on a variety of topics affecting our senior community.

Kelly’s family and friends describe her as a natural caregiver; understanding what it means to extend true care and compassion.  In her free time she enjoys photography, watching sports (especially football), walking and playing with her dog and spending time with family and friends.

To learn more about Kelly and her work visit, https://www.mytributeplanner.com/kowens/ 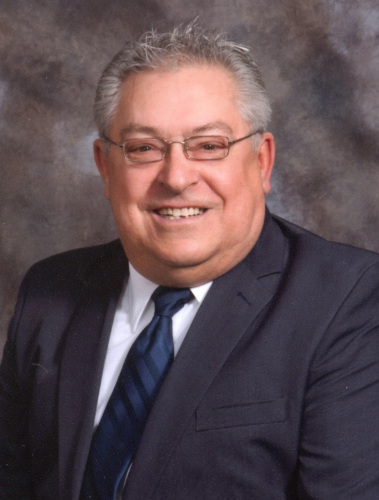 Dan was born and raised in Milwaukee.  After graduating from High School he enlisted in the U.S. Navy, where he served as a Hospital Corpsman. After his time in the Navy, Dan went on to work the A.O. Smith Corp.  While at A.O. Smith, Dan attended Moraine Park Technical College for Criminal Justice.

Dan has two adult children and four grandchildren who live in the West Bend area. 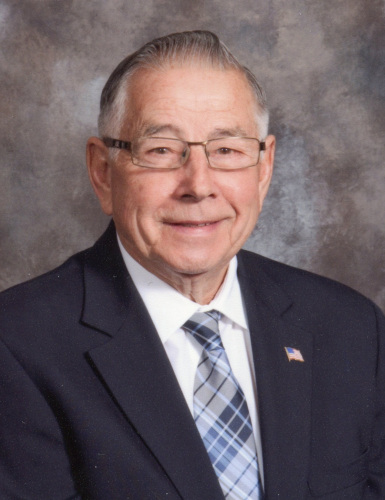 John was born and raised on a farm in the Town of Wayne. He attended St. Bridget’s and Holy Trinity Catholic Schools graduating in 1956. After attending Kewaskum High School he started his working career at Regal Ware in Kewaskum and worked there for nine years. After that he worked at Weasler Engineering retiring after thirty-seven years of service. He became an employee of Miller Funeral Home following his retirement in 2006.

John and his wife, Jeaneen have been married 50+ years and have two married sons. They have eight step-grandchildren.

They belong to Holy Trinity Catholic Church where they are active volunteers. He is a retired fireman from the Kewaskum Fire Department after volunteering for 22 years. He retired as a Lieutenant of the department.

When not working at the funeral home, John and Jeaneen enjoy traveling and just taking life easy. 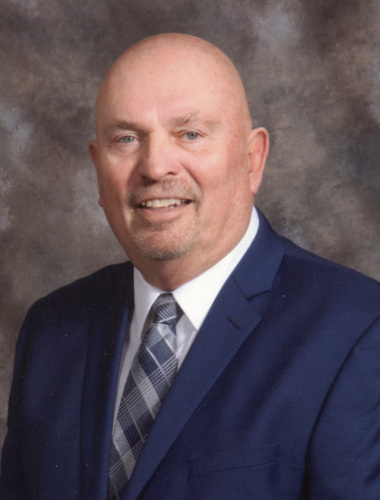 Dave Schildt was born and raised in Milwaukee, WI where he graduated from South Division High School in 1962. Dave is a U.S. Army Veteran and was a member of the Milwaukee Police Dept. for 31 years, retiring in 1996.

He and his wife, Doreen, have lived in Kewaskum since 2002. They have four children and two grandchildren. Dave and Doreen are members of Community Church in West Bend where they serve in several capacities. They enjoy camping, fishing, traveling, golfing, boating, and working on their property in the town of Kewaskum.

Dave joined the funeral home staff in 2012, fulfilling his desire to serve people in their time of need.