Ron was born on March 19, 1938, in Milwaukee, the son of the late Walter and Thyra (nee Mantor) Birch. On December 30, 1961, he was united in marriage to Karen L. Neumann in Milwaukee. Ron served his country in the U.S. Army National Guard. Following his service, he was a machinist and later became a mailman for several years and advanced to working with the Postmaster in Germantown. Ron was a quiet and pleasant man. He had many interests over the years – fixing cars, bowling, dancing, being a Cub Master in Jackson, traveling, and playing Crazy 8’s, a fun card game.

Those Ron leaves behind to cherish his memory include his wife, Karen; three children, Terry, David, and Mark; 5 grandchildren; 7 great-grandchildren; and many loving relatives.

Ron is preceded in death by his parents, and by his loving sister Shirley (Vern) Blankenburg.

FUNERAL SERVICE: A service for Ron will be held on Tuesday at the funeral home at 6:00 p.m. Burial will take place on Wednesday at 11:00 a.m. at Arlington Park Cemetery in Milwaukee.

In lieu of flowers, memorials to the Washington County Humane Society are appreciated.

The family would like to thank the entire 4th floor staff at the Samaritan Health Center in West Bend for their great care and the others who helped Ron and Karen.

The Myrhum – Patten Funeral and Cremation Service has been entrusted with Ron’s arrangements. Additional information and guest book may be found at www.myrhum-patten.com.

To send flowers to the family or plant a tree in memory of Ronald L. "Ron" Birch, please visit our floral store. 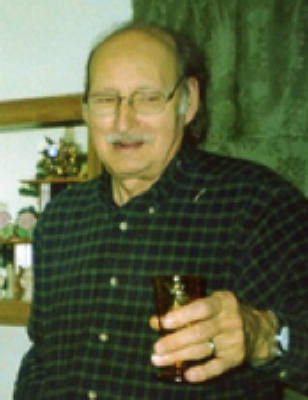