Share a memory
Obituary & Services
Tribute Wall
Read more about the life story of Pedro and share your memory.

Pedro (Pete) Banez Fernandez M.D. passed away on December 2, 2022.  He was born June 29, 1937 to Jose S. and Laura B. Fernandez in Balogo, Binmaley, Pangasinan, The Philippines. Pedro graduated from Lingayen, Pangasinan Provincial High School.  He received his Bachelor’s degree in 1958 from Far Eastern University, Manila.  His medical school and internship were completed in 1963 from Far Eastern University.

Due to a shortage of doctors in the United States he was recruited to come to Evangelical Deaconess Hospital, Milwaukee, WI in 1964. Pedro was at Deaconess for one year, completing his second internship December 1965.

For the following year, 1970-1971, Pedro was a house physician at Mount Sinai Hospital, Milwaukee, WI.  His work focused on gynecological surgery. It was during this year that he studied for and passed the state of Wisconsin medical and surgery licensing examination.

Pedro was acknowledged as a Diplomate of the American Board of Obstetrics and Gynecology in 1975 and became a Fellow in 1976. He was recognized as a founding member of The Gynecologic Laser Society.  The American Society for Colposcopy and Colpomicroscopy, devoted to the study of early cervical neoplasia, certified Dr. Fernandez as an Active Fellow in 1977.

Pedro proudly became a naturalized citizen of The United States in 1975 at the Sheboygan County Circuit Courthouse. He always fondly remembered his homeland, The Philippines, and his cherished family there.

Thirty-six years after graduating from medical school and after twenty-seven years of practicing obstetrics and gynecology, Pedro retired in 1999. His dedication to his patients never tired.  He always believed that each patient deserved the best care he was capable of providing.

When Pedro wasn't working he could often be found on or near the water. He enjoyed fishing on small inland lakes and rivers, the Great Lakes, and the oceans.  He also enjoyed the challenge of following and investing in the stock market. Besides living in Texas and Wisconsin, he and Judy were able to enjoy Florida during retirement.

He is also survived by two sisters-in-law: Donna Prange and Adelaid Fernandez.

A celebration of Pedro's life will be held December 17th at Crossroads Presbyterian Church: 6031 W Chapel Hill Road, Mequon WI.  There will be a visitation with family starting at 1:00pm.  The memorial service will begin at 2:00pm and with inurnment following the service.  A livestream of the service will be available at: www.crossroadspres.org.

We wish to thank the doctors, nurses and staff of the Aurora Medical Center - Grafton and Horizon Home Hospice Care for their excellent care and compassion shown to Pedro.

If you wish to honor Pedro's life with a special gift, the family requests that you consider becoming a blood donor or making a financial contribution towards the research of Parkinson’s Disease or diabetes.

Myrhum-Patten Funeral & Cremation Service has been entrusted with Pedro’s arrangements. Please consider signing our online guest book (www.myrhum-patten.com) to share your condolences with the family.

To plant a beautiful memorial tree in memory of Pedro B Fernandez MD, please visit our Tree Store. 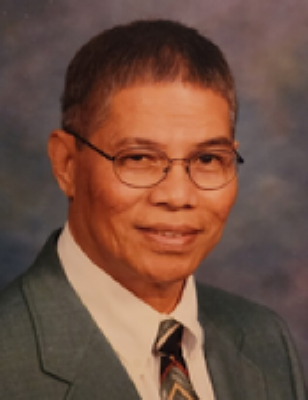