Share a memory
Obituary & Services
Tribute Wall
Read more about the life story of Paul and share your memory.

Paul R. West, age 73 years, was embraced into his Lord’s loving arms on the morning of December 1, 2022, after a short battle with Stage IV Liver and Stomach Cancer. He died peacefully at The Kathy Hospice in West Bend.

Paul was born on November 10, 1949 in Milwaukee to Ruth Habegger, and was later adopted by Mike West. Paul attended St. Agnes Elementary School in Butler, Wisconsin and graduated from Brookfield East High School in 1967. Paul went on to receive his Bachelor’s Degree in Education from UW-Milwaukee, and then got his Master’s Degree from Louis University in Chicago - and then another Master’s Degree from Concordia University in Mequon

After all his schooling, Paul taught at Neosho Public School for 35 years. He also served in the Army National Guard for 8 years before marrying the love of his life, Kathleen “Kathy” (née LaChapelle) West in June of 1974. They were married for 48 years and were blessed with two wonderful children: Jennifer McFarland and Christopher West.

Paul loved coaching, playing, and watching sports. He coached the forensics team and softball league at Neosho School and the debate team at West Bend High School.  As an athlete, Paul enjoyed playing volleyball, softball, and pickleball at the YMCA - and you can’t forget about the Pleasant Valley Tennis Group.  Paul was an avid Packers, Brewers, and Marquette fan.  He always enjoyed March Madness.

Paul’s pride and joy was his ‘66 Pontiac GTO. He also loved travelling, and was able to visit many states in the US, and internationally. His favorite trip was to the Holy Land.

Above his car and sports, Paul’s true passion was his family and love for his Lord and Savior Jesus Christ. His strong faith and love for the Lord really shined through over the last fifteen years as he would study the Bible with his Thursday night group and the Saturday Morning Men’s Study Group with St. John’s Lutheran Church in West Bend. Beyond this, Paul did online Missionary work for CRU, where he was able to spread God’s message to thousands of people from all over the world. Some of Paul’s favorite church programs were the Couples and Men’s Retreats at St. John’s.

Those Paul leaves behind to cherish his memory forever include his wife of 48 years, Kathy; his daughter Jennifer (Craig) McFarland; son Christopher (Kali) West; and the group that made him laugh and smile every day, the Grandkids: Ryan McFarland, Kierstyn West, Kenlyn West, and Karyss West.

Paul is further survived by his brothers, Mike and Glenn West; his special cousins, John Gruett and Jamie Turk; special nephew Reverend Alex LaChapelle; his beloved mother-in-law Clarice LaChapelle; as well as his brothers-in-law Gary LaChapelle and Bill (Beth) Hengst; and all his friends, cousins, and folks in St. John’s Lutheran Church family and Pastors.

Preceding Paul in death are his mother and stepfather, Mike and Ruth West; special grandparents, the Habeggers; his caring and loving father-in-law, Clement LaChapelle; and wonderful sister-in-law, Susan Hengst.

A Funeral Service for Paul will be held at 12:00 Noon. on Thursday at the church with Pastor Stephen Reynolds officiating.

Myrhum-Patten Funeral and Cremation Service has been entrusted with Paul’s arrangements. Additional information and online guestbook may be found at www.myrhum-patten.com.

To send flowers to the family or plant a tree in memory of Paul Robert West, please visit our floral store. 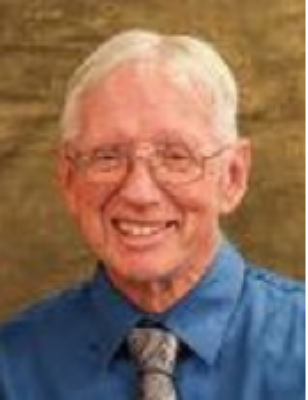