Share a memory
Obituary & Services
Tribute Wall
Read more about the life story of Kenneth "Ken" and share your memory.

Kenneth Arthur Bastian was called home to the lord on Wednesday, December 7th, 2022 at his home of 47 years in West Bend.

He was born in 1932 to the late Harvey and Erna (nee Sauer) Bastian, the third child of six children.  Over his 90 years, he experienced a full lifetime of achievements in an ever-changing world. From humble beginnings born into the simple farming life to serving in the army, becoming a skilled mechanic, marrying the love of his life, raising a family, and even at the end mastering modern technology to catch his favorite RFD programs and the Brewers and the Bucks on his smart TV.

Ken lived and worked on the family farm until drafted into the Army in 1956  where he served as a mechanic in the Motor Pool in Korea.  His time spent hunting, fishing, and working on the farm and in construction served him well in the Army. His ability to live off the land and survive in all conditions was well suited for his role transporting top brass throughout the country.

After the army, in February of 1959, Ken started working for Kasten Manufacturing in Allenton where he fabricated, assembled, and serviced all equipment.  He was often sent to all parts of the midwest to service machinery. He retired from Kasten, then Kamco, in 1996.

Ken met the love of his life in 1956 at Gonring’s Ballroom on Big Cedar Lake.  He asked her to dance and she said, "I don't know how,” when he promptly responded,   "I'll teach you!”  That was their first waltz together, and the following week he asked her to a polka dance.  They were married in 1958 after he returned from the service and they enjoyed almost 64 years together dancing, playing cards, and spending time with family and friends. Their 64th Wedding Anniversary would have been on December 13th, 2022.

Ken always had a big garden and couldn't wait to get the potatoes and onions in the ground. He planted grapes so he could make jelly and planted apple and plum trees in the backyard to draw in the animals.  In his later years, many hours were spent watching the turkeys, deer, squirrels, and many, many different types of birds at the feeders in his backyard.

In 1970 Ken and Bernice purchased a cabin up north where many wonderful memories were created and shared over the years.  This was Ken's favorite place to relax and enjoy his family.  Spending time with his kids and grandkids at the lake and sharing his love for the outdoors was something he looked forward to every summer.

In addition to his parents, Kenneth was preceded in death by his two brothers, Curtis and Harvey Jr.; and sister Gloria Monday.

Kenneth has been a lifelong member of St. John's Lutheran Church in West Bend.  He is the fifth generation of the first Bastian Family that started the church over 150 years ago.

The family will greet relatives and friends at the church on Friday from 3:00 p.m. until 5:15 p.m.

Myrhum-Patten Funeral and Cremation Service has been entrusted with Kenneth’s arrangements. Additional information and guest book may be found at www.myrhum-patten.com.

To send flowers to the family or plant a tree in memory of Kenneth "Ken" A. Bastian, please visit our floral store.

Your browser does not support this video format. You should be able to view it in Chrome, Safari or Internet Explorer.

Your browser does not support this video format. You should be able to view it in Chrome, Safari or Internet Explorer. 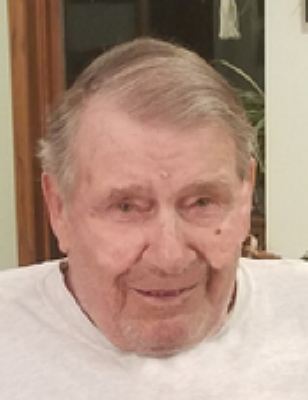