Share a memory
Obituary & Services
Tribute Wall
Read more about the life story of Kamil and share your memory.

Kamil was born on June 16, 1962 to Parviz Maghsadi and Guity Eskandani in Tehran, Iran. Kamil spent 16 years living in Iran with his family until he moved to San Diego, CA in 1979. He went to Mission Bay High School in San Diego. He enjoyed going to the beach, playing volleyball and soccer, spearfishing, motor cross, snorkeling, body surfing, and spending time with friends and family. He met Janelle in San Diego in 1992 and they moved to West Bend in 1993. Where they were welcomed with open arms by the Flasch family. On Oct 21, 1993, Kamil and Janelle were married, started a family, and moved to Mayville in 1996. He was a welder for many years finishing his career in manufacturing at Gleason Reel. He was always tinkering on something, fixing cars and motorcycles, rebuilding tractors, and woodworking. He was passionate about his hobbies and always explored new ones. Kamil could fix damn near anything and was willing to help anyone in need, especially his friends. Kamil was a relentless worker and had endless energy. He always had a project he was working on and of course some kind of side hustle.

He had a contagious laugh and encouraged everyone to laugh with him and sometimes at him. His broad taste in music was followed by some of the best dance moves Dodge County has ever seen. He had a bright presence and enjoyed the spotlight. Kamil had a gift to make everyone feel special and always left a lasting impression.

He is preceded in death by his father, Parviz Maghsadi and Robert and Janet Flasch; Paternal grandmother, Tati Golikov; and maternal grandparents.

The family will greet relatives and friends at the funeral home on Thursday from 3:00 p.m. until 5:45 p.m.

The Myrhum-Patten Funeral Home of West Bend has been entrusted with ’s arrangements. Additional information and guest book may be found at www.myrhum-patten.com.

To send flowers to the family or plant a tree in memory of Kamil Maghsadi, please visit our floral store. 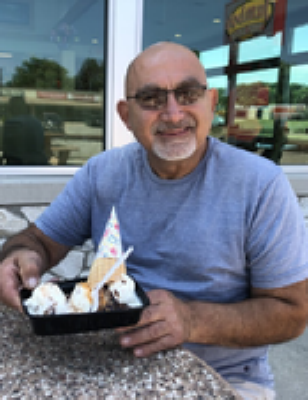