Share a memory
Obituary & Services
Tribute Wall
Read more about the life story of Jeffrey "Jeff" and share your memory.

Jeff was born on October 2, 1953 in Omaha to the late Wade and Ernestine (nee Lewis) Harryman. He was raised by John and Mary Goebel. Jeff joined the Navy in 1971 as a Radioman and served his country while in the Philippines, Bermuda, California, Okinawa, and Wisconsin. He retired as a Chief Radioman from the Navy in 1991. Jeff was united in marriage to Jackie Minnick on March 12, 1972. He was a part of the Hog Rally Committee and participated for two years. Jeff’s favorite ride was the Ride to the Wall in Washington D.C which he did for multiple years. If you couldn’t find Jeff on his Harley, you could find him in front of his computers. He had a passion for technology and worked as an IT Specialist. Jeff was a Packers and Brewers fan and he enjoyed spending time with his grandchildren.

In addition to his parents and foster parents, Jeff is preceded in death by a son Jeffrey Harryman II; two brothers, Dick Blott and George Goebel; Numerous close friends.

MEMORIAL SERVICE: A Memorial Service for Jeff will take place following visitation on Tuesday, November 29, 2022 at 6:00 p.m. with Military Honors.

Myrhum-Patten Funeral and Cremation Service has been entrusted with Jeff’s arrangements. Additional information and guest book can be found at www.myrhum-patten.com.

To send flowers to the family or plant a tree in memory of Jeffrey "Jeff" L. Harryman, please visit our floral store. 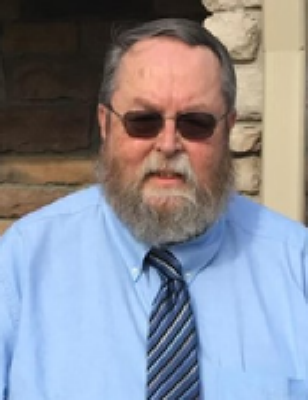