Share a memory
Obituary & Services
Tribute Wall
Read more about the life story of Janet and share your memory.

Janet Rose Bastian (nee Dobberpuhl), 91, of West Bend, passed away on January 16, 2023, with her family by her side at The Woodlands Senior Park in Fond du Lac.

Janet was a widow when she was 27 years old with four children under the age of six. When her children were young, she worked at Grocery and Dime stores in Mayville and also worked at Purity Cheese in Mayville. She then worked at the West Bend Company for 22 years. Janet was a member of St. John’s Ev. Lutheran Church in Mayville until 1970 when she moved to West Bend and joined St. John’s Ev. Lutheran Church where she remained a member until her death. She enjoyed traveling around the United States, tours to Hawaii, Alaska, and several trips to Germany. She was a member of the “We Love to Dance” polka club and enjoyed spending summers at East Shore Resort on Rolling Stone Lake for 16 years. Janet was a social butterfly and liked to keep busy crocheting, playing Bingo, cards, visiting some Wisconsin casinos, and planning family events and reunions. She always looked forward to taking trips to Minnesota to visit family, especially her cousin Marion, who was also widowed at a young age with young children. During her last five years, she enjoyed making new friends at Cedar Ridge Senior Community in West Bend and the Woodlands Senior Park in Fond du Lac. Above all else, she cherished the time spent with her children, grandchildren, and great-grandchildren.

She is further survived by sisters-in-law, Marilyn Wiesner, Bernice Bastian, and Donna Dahlinger; nieces, nephews, other relatives and friends.

In addition to her parents and her husbands, she was preceded in death by her son, Gordon Griep; daughter and son-in-law, Lois and Keith Schoenike; daughter-in-law, Coralli Griep; sisters-in-law and brothers-in-law, Ann Dobberpuhl, Berniece and Lester Eberle, and LaVern and Arlene Griep. Janet was also preceded in death by Rufus Giese and Curtis Bastian’s brothers and sisters; and her in-laws, Louis and Viola Griep, Richard and Amanda Giese, and Harvey and Erna Bastian.

Funeral Service: Funeral Service will be on Saturday, January 21, 2023 at 11:30 am at St. John’s Ev. Lutheran Church. Rev. Stephen Reynolds will officiate and burial will be held at Rex Cemetery in Town of Hubbard.

Memorials are appreciated to the charity of your choice.

Janet’s family would like to thank the staff at The Woodlands Senior Park and SSM Hospice Team for the great care they provide for their mom.

The service will be livestreamed from St. John’s Lutheran Ev. Church at www.stjohnswestbend.org/livestream

Myrhum-Patten Funeral and Cremation Service has been entrusted with Janet’s arrangements. Additional information and guest book can be found at www.myrhum-patten.com

To send flowers to the family or plant a tree in memory of Janet R. Bastian, please visit our floral store. 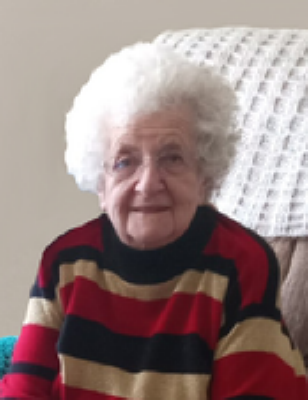