Share a memory
Obituary & Services
Tribute Wall
Read more about the life story of David "Dave" and share your memory.

David “Dave” L. Tiemann, 82, of Campbellsport passed away peacefully on Thursday, January 19, 2023, with his wife and family by his side.

Dave was born on April 18, 1940, to the late Theodore “Ted” and Rose (nee Mihm) Tiemann in Milwaukee, WI. Dave lived and worked in Milwaukee as a heavy equipment operator in road construction before meeting the love of his life Kathryn “Kathy” Bramm. They were united in marriage on December 2, 1961 and together they raised their three children; Colette, Michele, and Carrie. In 1972 he dragged his wife and family along to pursue his dream of owning a hobby farm. Dave would go on to owning and operating a mobile feed mill for ten years before going back to construction, and working for Northeast Asphalt in Fond du Lac until he retired. Dave was a member of Operating Engineers Local 139. He enjoyed most working on the farm and caring for their many animals, especially their horses. He passed on his passions to his children and grandchildren. Dave especially enjoyed spending time with his eight grandchildren and three great-grandchildren. He will be dearly missed by all who knew him.

In addition to his parents, he is preceded in death by his brother, Theodore (Rita) Tiemann Jr.; brother-in-law, Jerry Hauck; sister-in-law, Irene Bramm and nephew, Mike Tiemann.

The family will greet relatives and friends at the church on Saturday from 9:00 a.m. until 10:45 a.m.

In lieu of flowers, memorials to Sharon S. Richardson Community Hospice in Sheboygan Falls, WI or the American Cancer Society are appreciated.

Myrhum-Patten Funeral and Cremation Service has been entrusted with Dave’s arrangements. Additional information and guest book may be found at www.myrhum-patten.com.

To send flowers to the family or plant a tree in memory of David "Dave" L. Tiemann, please visit our floral store. 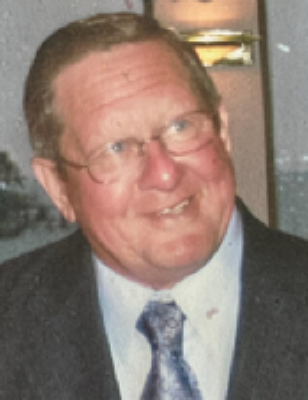